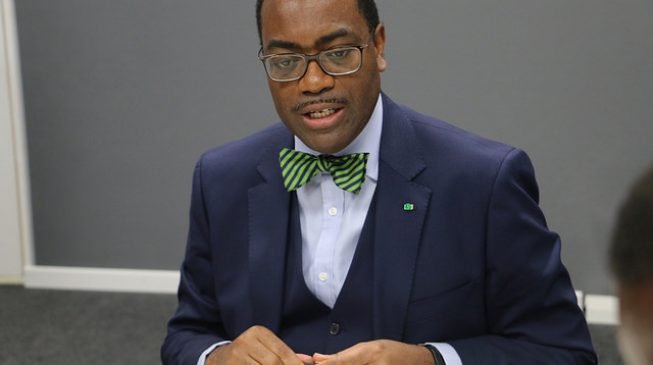 Adesina clinched the prize alongside Waris Dirie, a 53-year-old world-class supermodel and anti-FGM activist, from Somali.

“In order for us to build an era of peace and coexistence in the 21st century, we want to encourage continuous development in Africa,” Hong said.

“Africa is a rising star and its growth will contribute global progress and development throughout the 21st century.”

The committee acknowledged Adesina’s achievements in promoting good governance, which boosts Africa’s capacity to feed itself and transform its total economies for generating wealth for millions of rural and poor African farmers.

Adesina has been a leader in agricultural innovation in Africa for over 30 years, bringing great improvement to Africa’s food security, contributing to Africa’s dynamic growth.

This increased the availability of credit for millions of smallholder farmers, attracting private investments for the agricultural sector, rooting out the corrupt elements in the fertilizer industry, and assisting in establishment of major agricultural policies for Africa’s green revolution.

The “Africa Fertilizer Summit,” which he organized in 2006, was one of the largest high-level meetings in Africa’s history that had a focus on solving Africa’s food issues.

During this summit, Adesina was instrumental in developing the “Abuja Declaration on Fertilizer for the African Green Revolution,” whereby the participants stated their commitment to the “eradication of hunger in Africa, by 2030.”

Adesina worked with various banks and international NGOs in order to create an innovative financing system, providing loans to small farmers, providing a way for them to rise out of poverty.

This move leveraged $100 million in loans and provided opportunities for small farmers to increase their agricultural productivity, and their income.

As an “economic commander” of Africa, he promotes the “High 5 Strategy”, which includes: light up and power Africa, feed Africa, industrialize Africa, integrate Africa and improve the quality of life for the people of Africa.

As a result of his work, the lives of millions of people throughout Africa have been improved.

The Sunhak Peace Prize honors individuals and organizations who have made significant contributions to the peace and the welfare of the future generations.

Former Vice President and the Presidential candidate of PDP, Atiku Abubakar, has been formally turbaned the 7th Waziri...

November 26, 2018
Copyright (c) 2018 - Dare Lasisi Online - All Rights Reserved
Back to top
error:
You Are Not Permitted To Copy Content of This Site. Contact The Admin