The former Accountant General of the Federation made the declaration on Twitter Monday night.

“I support my brother and friend, Governor Godwin Obaseki for a second term. One good turn deserves another”, he tweeted.

The expression of support confirms what is expected to happen in a couple of days: Obaseki’s move to the PDP.

He announced that the governor, his deputy, Philip Shaibu, and the entire All Progressives Congress (APC) structure in the state would defect soon.

Ganduje explained that his reason was the concern about “legal implications” that might arise.

He cited Bayelsa State where the party won the governorship poll but was ousted by the Supreme Court over certificate issues.

The Kano helmsman stated that it was better for the party to avoid the same scenario.

The governor said APC was “worried about the legality of our action. We believe the national headquarters of our party is doing all it takes to stay on the right course”.

He predicted that the party would win the Edo election and doesn’t want to “overlook anything that will turn to be our albatross”. 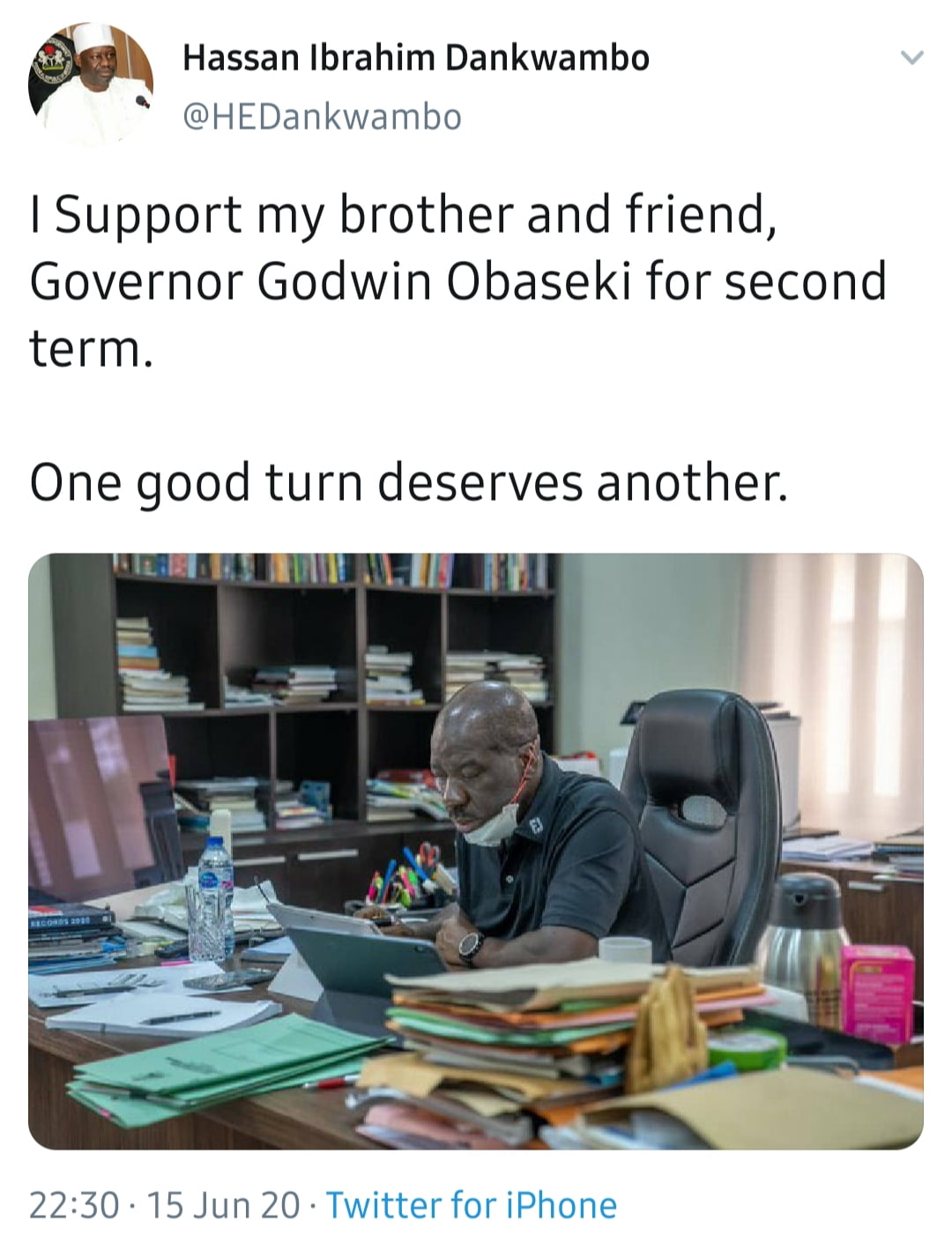 The National Chairman of the All Progressives Congress (APC), Adams Oshiomhole, has said he will not speculate on any plan...

June 16, 2020
Copyright (c) 2018 - Dare Lasisi Online - All Rights Reserved
Back to top
error: Content is protected !!
You Are Not Permitted To Copy Content of This Site. Contact The Admin