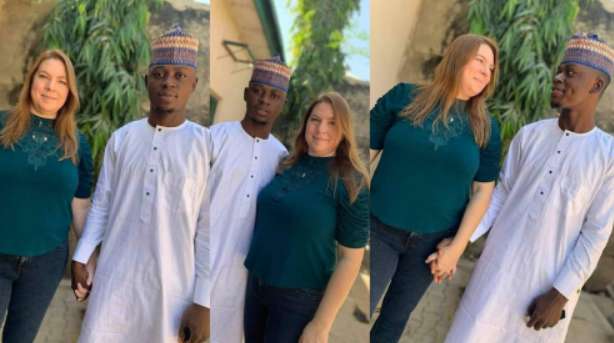 I am sure you must have heard of the saying that age is nothing but a number when it comes to love issue. This statement is currently manifesting going by the arrival of an American woman in Nigeria, Kano to be precise to marry the love of her life.

According to an invitation card obtained by SaharaReporters, the Wedding Fatiha is to be held on Sunday, December 13, in the Gasau Panshekara area of Kano State.

Recall that the relationship trended earlier in the year on social media as many Nigerians expressed concerns over their age and race.

Already the couple has shared their pre-wedding photographs, some of which were obtained by SaharaReporters, showing the two lovers holding each other’s hands affectionately. 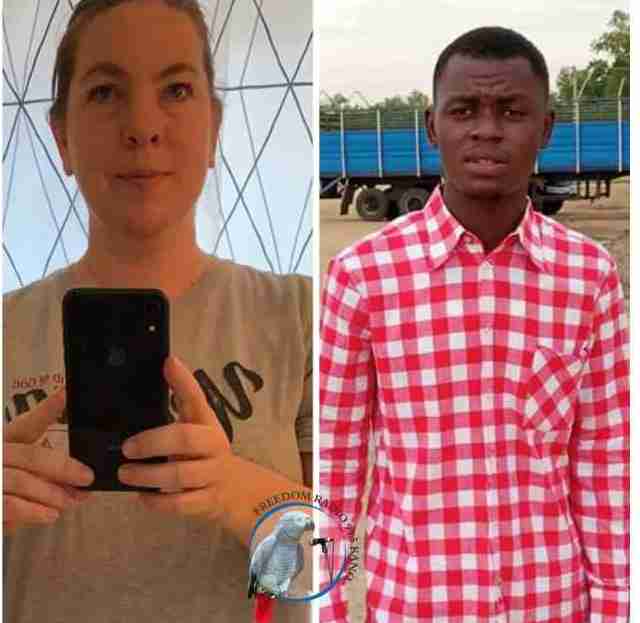 It was learnt that Janine is a chef based in Lindon, California.

The woman has said that she will not mind returning to America with her new love after the marriage in Kano.

A friend of the couple in Katsina State said they met on Instagram and started to date before they decided it would lead to marriage.

He said, “Suleiman has already shared the pre-wedding pictures with his American lover whom he met on Instagram. Sanchez (Janine) and Suleiman became friends over a year ago and fell in love with each other. 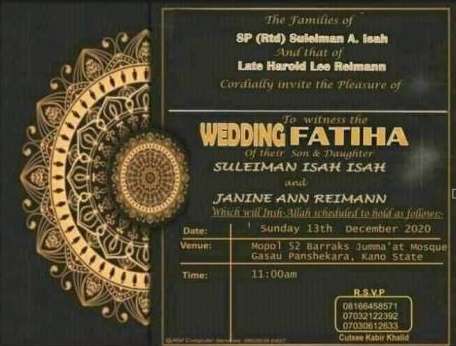 “She is a chef based in Lindon, California, and she has said she wouldn’t mind returning to America with her new love after the marriage in Kano. The wedding will take place Saturday 13, December at Panshekara.”

The wedding invitation has also been circulating on social media.

It partly reads, “The families of SP (rtd.) Suleman A. Isah and Late Harold Lee Reimann cordially invite the pleasure of… to witness the wedding Fatiha of their son and daughter which will take place, Isha Allah, on December 13.”

Nigerian Rapper Vector Reveals Why He stopped entering for Headies, other awards

Nigerian Rapper Vector Reveals Why He stopped entering for Headies, other awards

Nigerian rapper, Vector has disclosed the reason why he stopped entering for Headies and other awards. Vector who is born...

December 6, 2020
Copyright (c) 2018 - Dare Lasisi Online - All Rights Reserved
Back to top
error: Content is protected !!
You Are Not Permitted To Copy Content of This Site. Contact The Admin